You are here: Home / Bikes / Touring Bikes for Commuting –  The Things You Need to Consider!

Touring bikes are the jack of all trades in the cycling world. 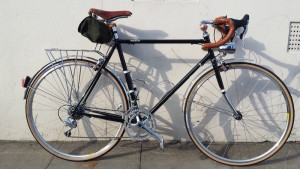 They’re tough, versatile and have lots of options for luggage. They’re more comfortable than a road bike and more efficient than a hybrid. This is why using touring bikes for commuting is a great idea.

But how do you chose the right touring bike for your commute? This guide will give you all the tips to find the perfect touring bike.

Want to take the headache out of which type bike is right for you? Answer a few questions here to find out.

What Makes a Touring bike different?

Touring bikes are arguably the most practical type of bike you can buy.

They are designed for adventure cycling. Which means long steady comfortable days in the saddle and transporting anything from a change of clothes to full camping gear.

Tourers come with racks for panniers and mudguards. They have increased clearance for fatter tyres than normal road bikes. They have stronger brakes and a more comfortable riding position.  With all of these different features you really can tailor a touring to your own riding style.

Don’t think touring bikes are for you? we have another post explaining what other types of bikes are good for commuting.

The first thing to plan before you buy your touring bike is your commuting route and your riding style.

The surface you will be riding on makes a big difference to the type of bike you need. If a good portion of of your ride will be on gravely tracks or towpaths then you’ll need chunky tyres and a tough frame. But if most of the trip will be on tarmac or paved roads the a lighter frame and slick tyres could be a better choice. 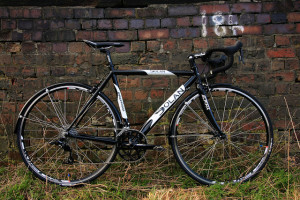 Touring bike frames have traditionally been made from either Steel or Aluminium.

Steel has always been the traditional choice for touring frames and has a die hard following. Steel frames have a big price range too, from conventional off the peg bikes to bespoke handmade custom frame sets.

Steel frames can rust so they need a little bit more TLC than aluminium frames. Steel frames tend to be a more comfortable and forgiving ride, but they do come with a slight weight penalty. Although this weight penalty doesn’t matter too much if you’re going to be adding more weight to the bike with racks and panniers.

Aluminium frames can be a bit cheaper than steel. But could be ideal if you want to sacrifice a little bit of comfort for speed. Aluminium frames are generally lighter and stiffer than their steel counterparts, but they also have a harsher ride.

Carbon touring bikes are somewhat of a rarity, if not non existent. This is because you simply can’t repair a carbon bike frame like you can repair steel one. Especially if you’re adventure cycling in the backend of beyond.

Touring bikes are designed with comfort in mind. The frame geometry is based around long chainstays and a low bottom bracket.

Long chainstays keep the ride of a touring bike comfortable for all day riding.  Having a longer wheelbase takes less effort to keep the bike vertical.  It also makes the ride very stable and less jittery.

Where Touring Bikes really come into their own is the ability to carry heavy loads. Commuters usually have a wide variety of items to transport to and from the workplace like

So this load carrying ability can be a real perk for commuting.

It’s a good idea to think about what you need to carry day to day but also what you might need to carry on an unusual day. This will help you decide on how much load carry capacity you need for your commute.

Touring bikes usually have all the rack mounts and eyelets for panniers, but you should always check. If the bike doesn’t have rack mounts, loaded touring is not really what the bike’s been designed for. But if that’s the case, don’t worry, there can be other options for racks.

Wheels are a key component for any bike choice.

Touring bikes usually have 700c wheels, the same size as a road bike. But the rims are usually a bit wider and they have more spokes. The wider rims help accommodate chunkier tyres, useful if you planning on riding on slightly rougher terrain. The extra spokes makes the wheels stronger.

Touring bikes need a wide range of gearing. This is to give cover the high torque needed to lug adventure cycling loads over mountains but also cover the speedy descent on the other side.

To cope with the added weight on the speedy descent touring bikes also feature either cantilever, V, or disc brakes. These give greater stopping power and more clearance than road bike brake calipers.

A comfortable riding position usually means position the handlebars so that are higher and closer to your body than a road bike. But touring bikes also have drop handlebars like a road bike. This is mainly to give you a range of hand positions whilst you’re riding so you dont get numb or tingly fingers.

The final step once you’ve weighed up your priorities is to establish your budget.

Everyone’s budget is different, but the most important thing is that the bike you chose meets your requirements as best as it can

These reviews cover the different types and price ranges and make sure the bike you buy is perfect for your needs.

Using a touring bike for commuting is a great idea. They’re the all purpose jack of all trades bike, like the swiss army knife of the cycling world. If you’re new to cycling, looking for a more comfortable ride,  or you have lots of luggage to carry on your commute then a touring bike could be ideal for you. 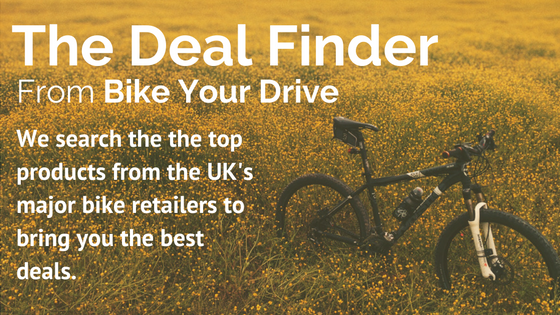